I hate to go and leave this pretty sight

It is time to say farewell. I've neglected this site in favor of shorter posts on Facebook and Twitter but it's time to get back to blogging!  That said, it feels like it's time to start over.  I'll leave this blog here and will come back and visit but it needs a renovation which right now, feels overwhelming!

I will come back and do some remodeling, some redecorating, update the links and touch base once in a while.  I'm not selling this home but I am moving to a new one! 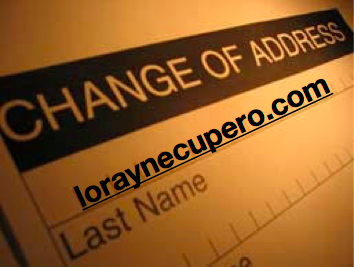 Feel free to stop by and visit, anytime at loraynecupero.com!  I'm still moving in and decorating but it's shiny and new!

Posted by LoryKC at 9:08 PM No comments:

If you give a Teen a Turducken

Chances are, if your teen searches for something on the internet, he will find it.

If you have this food for a while, people will get tired of leftovers.  Chances are that no one will request a turducken for Christmas.  But if you were successful, chances are that your teen will want to see if you can prepare cornish hens.

If it has been a while, you may give in and purchase two cornish hens and roast them in the oven.  But chances are, if you roast two cornish hens, it will remind your teen that Thanksgiving is coming up and he will probably ask you if you can make a turducken.
Posted by LoryKC at 11:22 AM No comments:

A walk to remember

I get my best ideas (for both writing and life) either in the shower or when I lay my head down to sleep.

As I finally lay my head down, last night, I realized that I need to lace up my walking shoes and head out, on foot, to Brownsville, Texas.  (It is roughly the same number of miles from my house to the ICE detention center in Brownsville, Texas as it is from a random city in Guatemala.)  I would blog my experiences and progress daily. Then, upon arrival, I would try to see if I could compare notes with some mothers who have made the journey north.

I'd love to talk my teenaged son into making the trek with me.  I have the privilege of believing he will not be separated from me before we are able to come home.

When he won't answer you...


Please, pay attention.  I know. You're tired of hearing about Russia but Rex Tillerson is still there, quietly not saying anything.  A man who, for years, has wanted to make it easier to do business with Russia and get his hands on Russian oil is now our Secretary of State and isn't talking.  He not only has no deputy, he's fired most of the experienced State Department officials.  Yes, of course this is a new administration and you can hire who you like but that's the thing.  They've fired much of the staff, some people had been there thirty and forty years but they have not been replaced.  He didn't fire them to bring in his own people--he isn't bringing people in.  Why?

Rachel Maddows is much better at this than I am.  Please give her a few minutes--especially at the 3:20 mark:
http://www.msnbc.com/rachel-maddow/watch/trump-tillerson-weaken-state-department-as-putin-would-want-893658691850

(Rachel Maddows is MUCH better at this than I am.  The Advocate noted her work, here:
http://www.advocate.com/politics/2017/3/09/rachel-maddows-dogged-reporting-may-take-trump-down)
Posted by LoryKC at 2:25 PM No comments:

He's just not that into you, America

He wants your love.  He wanted your vote.  He's just not that into you.

You know the old adage, "Once a cheater, always a cheater,"  but your guy is different.  When you suspected, months ago, that there was a secret server in Trump Tower communicating only with Alfa Bank in Moscow, he reminded you of Hillary's private server.  Her emails are the ones you really want to see.  Sure, he was attracted to Russia, but he never pursued her.

He behaved.  That forgotten, extra server in Trump Tower that was just sending spam marketing for his hotels stopped all communications.  So you let it go.  It was probably all in your imagination, anyway.  But one day, you had that nagging feeling.  You just couldn't let it go. After a little digging, you found another, brand-new server with a new name in the same location and only receiving sporadic communication from one other address: hers.  Russia just won't leave him alone.  But when you confronted him, he stood up in front of all your friends and dared Russia to hack Hillary's emails!  He wouldn't have said that, in front of everyone, if he had anything to hide.

You tried to make it work.  You prayed.  You read.  You wondered if your mom was right and Bernie was the guy for you, after all.  When Hillary tried to tell you she isn't your enemy and she can help you get away from this guy, he became very passionate about babies!  Finally!  He was ready to commit to you and have all of the babies with you.

So you're in!   Sure, it's complicated but what relationship isn't?  His friend Rex is around all the time but that's okay.  It's a tough adjustment making this big commitment and the pressure of all of the babies and their healthcare, you aren't going to make him stop spending time with his guy friends.  It's just, well, this friend Rex has also had a thing for Russia.  So you're not thrilled.  He didn't have an affair with Putin but...Putin's second-in-command?  That guy is totally infatuated with Rex.  Rex wants to spend more time with them but everybody is always against him.  It isn't fair.  If only he knew someone who could relax a few regulations or change a law but don't worry about that.  Russia just sold their biggest oil "jewel" without having to name who they sold it to so there is a whole international mystery there for the world to solve when they aren't watching the Tillerson-Sechin love story. It's like a double-feature.

Try to relax.  Rex is getting ready for his new job, anyway so he'll be busy with that.  Other friends are here, all the time, too.  His friend Bannon?  Of course, you have to keep an eye on him.  He keeps cautioning your guy to be wary of at least half of your friends but he doesn't even know them.  Bannon keeps saying he can tell, just by the looks of them.  You're afraid though, to put any conditions on this fresh, new relationship so you're giving it time.

Your guy just started a brand new job, after all and he is already making his mark!  He is going to be so great at this new job!  He will be the best! We're all going to have tough days, of course but just surround yourself with positive people.  Ask that Louisiana guy out for coffee.  David something.  King? Knight?  Duke.  I think it's Duke.  Try him.   He has some really good things to say about your guy.  That other group trying to keep his attention? Congress?  They're super busy so you'll still be able to distract your guy.

He wants your attention.  So give it to him.  Pay attention.

Labels: Life serial, the outside world, things that make you go hmmm..., twitter, which is why I drink, wines and whines

A toast to our new chapters, or at least a new page!

Happy New Year's Eve!  I haven't posted about writing in a while but have been trying to actually write more.  Now is the time to pour a glass of wine and send some of send those new creations out into the world.

As my kids have started to look towards their futures, I have been reminding one artistically-inclined teen to test the waters by sending his work out or entering contests.  It's been easy for me to SAY, while my novels and novels-in-progress sit safely in their Scrivener folders because they just "aren't ready."

So as 2016 winds down, I'm submitting the first page of the latest novel to this contest!
http://www.writersdigest.com/editor-blogs/guide-to-literary-agents/29th-free-dear-lucky-agent-contest-historical-fiction

Any other historical writers out there, you still have time to do the same!  It's open until the end of December 31st Pacific Time!  Proofread once more, if you must, take a deep breath and hit "send!" Then pour a glass for yourself and trust that I'm toasting you, from here!
Happy New Year!

He exists outside of time.  He already knows how Tuesday will turn out.  He isn't worried about this election.

A few months ago, I posted a similar thought on Facebook.  I mentioned that as I sat in Adoration, flipped through the Bible and prayed, I asked God about this election.  What I heard in response was to "tell everyone to pray."

If you haven't yet cast your ballot, pray.  Even if you've known for months or all along who you will vote for, ask for His guidance, anyway.  Not to justify your choice but to make His will known to you.  I believe one particular candidate will destroy this nation.  Some of you believe another candidate will do the same.  We have the same hopes and fears, have the same access to information and we both believe we're right.  But this isn't about me and it isn't about you.  This is about us.

Listen to what your religious leaders say but don't follow blindly.  Listen and pray.
Look at what your government has done but don't react reflexively.  Think and pray.

And then have faith.  God is forgiving and can bring something good, if not great, out of every situation.

A couple thousand years ago, religious leaders were fearful and took their concerns to the government.  Political leaders saw no legal wrongdoing but were concerned about popular opinion and allowed the people to decide.  The people chose Barabbas.

As much as I'd like to end with that, I prefer to go with hopeful endings.  To do that, you need to remember what happened next.  Jesus, nailed to a cross, asked God to forgive his tormentors.  If the people who put nails in Jesus's body were forgiven, I feel a little less stress about this one election.  Don't let it keep you up at night--we're almost done with this.  If you've already voted, pray.  If you've not yet voted, pray.  This is a little blip compared to eternity.  This matters but really, this isn't what really matters.  Breathe. Pray.
Posted by LoryKC at 8:44 PM No comments:

Where I go site seeing

Books on my nightstand